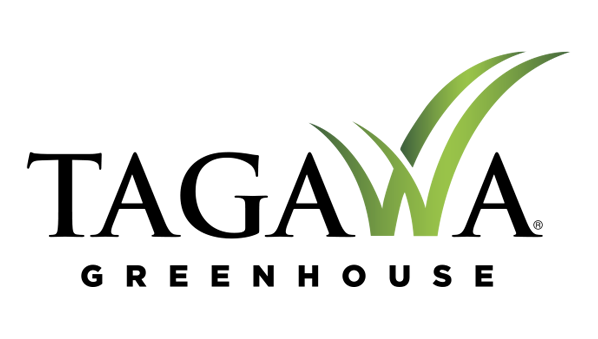 A great honor for a great guy! Ken Tagawa, Chairman of Tagawa Inc. in Colorado, was inducted into the Society of American Florists’ Floriculture Hall of Fame during the association’s convention August 16.

Ken’s is a six-decade-long story that includes World War II internment camps in California and then Colorado, to which his parents and older siblings were relocated. After being released from the camps, Ken joined the U.S. Navy, then earned a degree in engineering from the University of Colorado.

The move from that to flowers came when the family bought land outside of Brighton, Colorado, and began growing vegetables. Like most truck farmers, they had small greenhouses for their transplants and they soon started a few flowers in them.

Today, the business has grown to include Tagawa Greenhouses; Tagawa Gardens, one of Colorado’s largest garden centers; and Ball Tagawa Growers, a 50/50 partnership with Ball Horticultural Company. Tagawa also has part ownership in Denver Wholesale Florist, which has 14 wholesale branches across the U.S.

Ever the innovators, Tagawa Greenhouses and Blackmore Company developed the patented Punch ’N Gro plug transplanting system. More than 1,000 Punch ’N Gro machines are in use in the U.S. and Canada.

And working with Colorado State University, Tagawa also funded research to identify genes responsible for ethylene production in roses and geraniums, an effort that resulted in several genetic patents.

And, of course, Ken has long been active in the industry, serving on the American Floral Endowment (AFE) Board and having chaired the group’s Research and Education Committee. Beyond SAF and AFE, he is an active participant in the Colorado Greenhouse Growers Association, the Colorado Floriculture Foundation and Wholesale Florists & Florist Suppliers of America, among other groups.

“Ken Tagawa set the standard for ethical behavior, relationship-building and business smarts,” said SAF Awards Committee member David Gaul, AAF, of D.W.F. Wholesale Florists in Denver. “Combine that with hard work, dedication and leadership by action, and you have a blueprint for success in business, community and family.”

Congratulations to Ken and the entire Tagawa family! GT

Tagawa Greenhouse is a proud member of: